Discography I Filmography I Radioshow I Videos

There is perhaps one story that explains Erykah Badu’s cyclical outlook on her new album, New Amerykah Part Two: Return Of The Ankh, and it involves a visit to a Santeria priest in Cuba in 1999. Dressed for the occasion, Badu wore an all-white dress and, despite the humid weather, her signature towering head wrap. As she sat on the dusty sidewalk waiting to enter the house of Ifa, a young man who could best be described as curious looking barreled down next to her, popped open a can of beer, lit a cigarette, and began making small talk to another guy who Badu assumed was also waiting for a reading.

Soon after, the house door opened and a charming old lady welcomed her; the young man, dressed in white cut-off denim shorts and a faded American sportswear jersey, followed them into the house.

Uncertain of his reason for being there, Badu became reserved and uncomfortable with the idea of someone else sitting in on her reading.And then it dawned on her: This young man was the priest. He came from a long line of respected priests. He didn’t have to wear fancy garments, or signal his faith with outward expressions. He just was. From that moment on, Badu’s head wrap came off — both figuratively and literally.

Born Erica Wright on February 26, 1971 in Dallas, Texas, Erykah Badu inherited a taste for music from her mother Kolleen Wright, who introduced her to multiple genres of music (Joni Mitchell, Parliament-Funkadelic, Pink Floyd, Phoebe Snow, Chaka Khan). At the tender age of four, Badu began singing and dancing in productions at the local Dallas Theatre Centre. It wasn’t until her acting debut in the Martin Luther King Jr. Recreational Center’s musical production of “Really Rosie,” directed by her godmother Gwen Hargrove, that Badu realized she was a natural performer. “I played Alligator,” Badu says, “and at 6 years old, I got my first standing ovation. I knew I wanted to bring people to their feet from that point on.

Badu stayed true to her artistic leanings and enrolled at Booker T. Washington High School for the Performing Arts in the late ’80s. Tomboyish and a bit of a class clown, Badu devoted most of her time to perfecting her dance form, studying the techniques of Martha Graham and Katherine Dunham, as well as practicing ballet, tap, and modern dance. Badu also sharpened her Hip-Hop skills, freestyling on the Dallas radio station 90.9 FM KNON under the name Apples the Alchemist until she eventually changed the spelling of her name from “Erica Wright” to “Erykah Badu,” “kah” being Kemetic (Egyptian) for a human’s vital energy or “inner-self” and “ba-du” after her favorite jazz scat-sound. But later, Badu would discover that her chosen name holds a far deeper meaning.

Badu enrolled at Grambling State University, where she majored in theater and minored in Quantum Physics. She left in 1993 to pursue music full-time. During the day, she taught drama and dance at the South Dallas Cultural Center and worked as a coffeehouse waitress. At night, she recorded and performed songs like “Appletree,” produced by her cousin Robert “Free” Bradford. In 1994, her 19-song demo caught the attention of aspiring record executive Kedar Massenburg by way of the SXSW music festival. Massenburg signed her to his upstart label Kedar Entertainment. The company eventually merged with Motown/Universal and Badu started opening for D’Angelo, prepping the world for the massive Neo soul movement to come.

The year yielded more blessings as Badu gave birth to her first child, Seven Sirius, whose father is the legendary Andre Benjamin of OutKast on the same day that her second LP, 1997’s Live, was released in the U.S. Live rode the wave of Baduizm’s success, going double-platinum. On the album, Badu showed that she could not be categorized, as the improvised “Tyrone” became a megahit, peaking at No. 1 for six weeks straight.

In addition to reinforcing her reputation as a dynamic live performer, Badu’s big screen debut as Rose Rose in the 1999 film The Cider House Rules added another credit to her brown bag of artistic miscellany. And in 2000, she opened her trophy cabinet once again to welcome a Grammy award for Best Rap Performance by a Duo or Group for her appearance on “You Got Me” by The Roots.

These checkpoints only heightened anticipation for Badu’s second studio album, 2000’s Mama’s Gun. A rich assembly of soul, funk, and organic Hip-Hop textures, Mama’s Gun achieved platinum status and topped the R&B charts for seven weeks bolstered by the album’s lead single “Bag Lady.” The song’s video paid homage to Ntozake Shange’s award-winning play, “For Colored Girls Who Have Considered Suicide When The Rainbow Is Enuf,” with Badu presenting a “choreopoem” performed by herself and four other dancers. The album also marked the beginning of her collaborations with the late J Dilla, who produced “Didn’t Cha Know” and “Kiss Me On My Neck (Hesi),” and to whom Badu pays tribute on a track called “Telephone” from 2008’s New Amerykah Part One: 4th World War. Capped off with the emotional hit “Green Eyes,” Mama’s Gun packed a graceful combination of potent lyrics and stirring melisma, surpassing Baduizm’s first week numbers with more than 190,000 copies sold.

In the three years between Mama’s Gun and Badu’s next release, 2003’s Worldwide Underground, the singer-songwriter went on her affectionately dubbed “The Frustrated Artist” tour to inspire new material for the album. On the CD—which was recorded in Badu’s mobile recording studio on her tour bus and features guest appearances by Lenny Kravitz, Caron Wheeler, and Zap Mama—Badu would also debut her new production team, FREAQuency (Badu, James Poyser, Rashad “Ringo-Tumbling Dice” Smith, and R.C. Williams). By September 2003, Worldwide Underground, an experimental, atmospheric jam session, was ready for release. In keeping with her track record for collaborating with Hip-Hop’s finest, Worldwide Underground found Badu enjoying critical acclaim for the crunk “Danger” and “Love of My Life Worldwide,” which featured femcees Bahamadia, Queen Latifah, MC Lyte, and soul singer Angie Stone.

Badu also kept busy outside of the lab. In 2003, she founded her non-profit group, B.L.I.N.D. (Beautiful Love Incorporated Non-Profit Development), which is geared toward creating social change through economic, artistic, and cultural development. She also transformed the legendary Forest Theater in South Dallas into a headquarters for live shows and charity benefits. “When I came home, I saw the bad condition the building was in,” says Badu. “I felt like it was my job to reestablish music there, to reformat the whole thing and refit it.” Among B.L.I.N.D.’s many accomplishments, the organization has provided arts, crafts, and dance classes to children displaced by Hurricane Katrina.

In 2004, Badu gave birth to her daughter Puma Sabti, who she describes as a “mini-me.” In September of that same year, Badu appeared in the Brooklyn-based concert documentary 'Dave Chappelle’s Block Party', performing an animated set that included the hits “Back in the Day (Puff)” and the Grammy-winning smash “Love of My Life (An Ode to Hip-Hop).” Along with Queen Latifah and Jill Scott, Badu also founded a successful summer festival tour called Sugar Water. Also in 2004, Badu’s charitable efforts helped raise hundreds of thousands of dollars to support the scholarship fund at St. Phillips School and Community Center in Dallas, Texas.

Badu flexed her entrepreneurial muscles with the launch of her own label, Control FreaQ, in 2005. The label, whose mission is to “free the slaves and the slave masters” by allowing signed artists to own their own masters in a 10-year conversion deal, operates primarily as a production house. Control FreaQ’s first project is developing New Orleans-born MC/Lyricist Jay Electronica. The label also produces remixed records and supports Badu’s side projects such as The Cannabinoids, the group she founded with Dallas-based DJs, musicians and beatsmiths, which is an improvisation production akin to a live “remix” set.

In 2008, as the U.S. engaged in the Iraq War and the nation prepared for an historic presidential election, Badu presented her own offering for the evolving times with New Amerykah Part One: 4th World War. Badu’s fourth studio album and the first installment of the two-part New Amerykah series kept Badu’s Hip-Hop spirit kindled. New Amerykah Part One boasts beats from the best soundsmiths in the game — including Madlib, 9th Wonder, Shafiq Husayn (for Sa-Ra Creative Partners), Sa-Ra, Karriem Riggins, Ahmir “?uestlove” Thompson of The Roots, James Poyser, Georgia Anne Muldrow, and Mike “Chav” Chavaria. With the singles “Honey” and “The Healer” generating significant cyberspace buzz, Badu reclaimed her cherished throne as a soul music phenom. New Amerykah Part One debuted at No. 2 on the Billboard 200 chart and Rolling Stone named it one of the year’s best albums.For the once self-proclaimed “analog girl,” Badu is now pushing the limits of the digital world. On February 1, 2009, Badu and boyfriend Jay Electronica blogged about the birth of their daughter Mars Merkab in real-time on the micro-blogging site Twitter, thus becoming the first celebrity couple to ever Tweet the birth of a child.

In 2010, Badu announced yet another new arrival: New Amerykah Part Two: Return Of The Ankh. Whereas Part One was social and political in tone, Part Two taps into the more romantic and emotional side of Badu. “It reminds me of the days of Baduizm,” she says. “It’s just about beats and rhymes in a cipher.”

Indeed, diehard fans of Badu will love New Amerykah Part Two: Return Of The Ankh and newcomers to Badu’s world will be curiously intrigued by the mystique and authenticity of an artist who is totally comfortable in her own skin. Whether directing a dope music video or exposing her vulnerabilities in rhyme, Badu transcends image. Just like the Santeria priest she met in Cuba, Badu no longer tries to be, she just is. 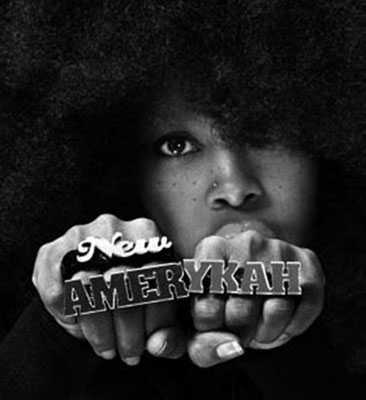 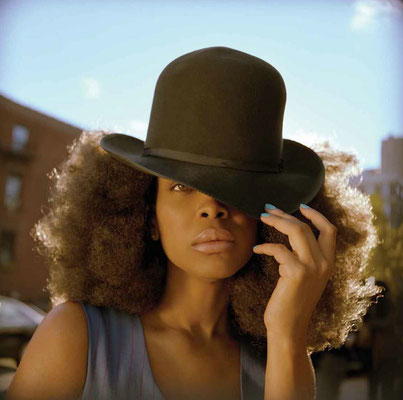 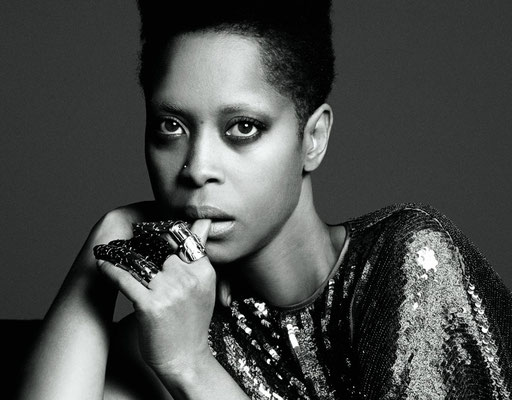 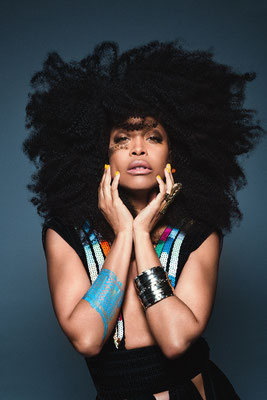 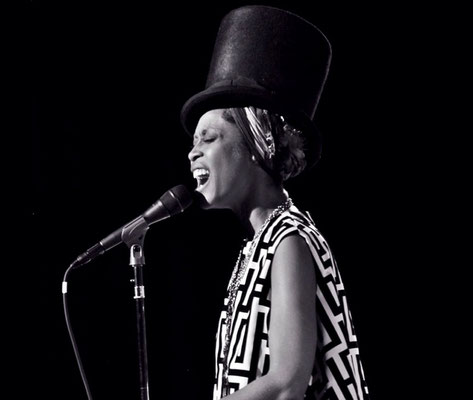 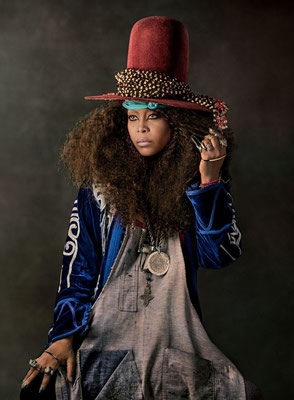 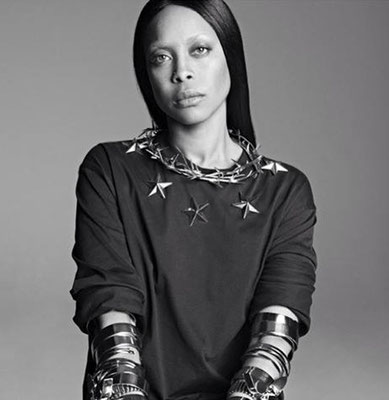 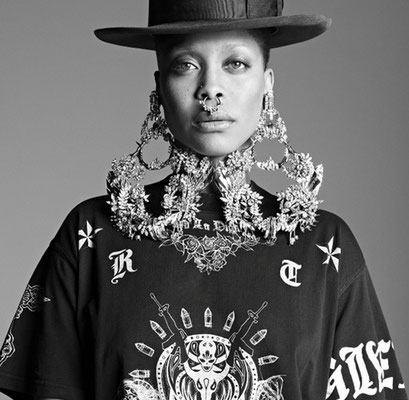 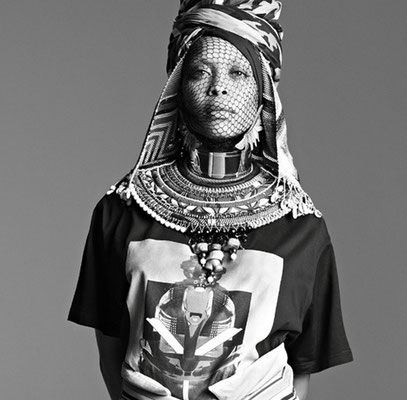 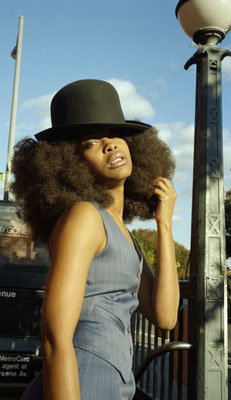 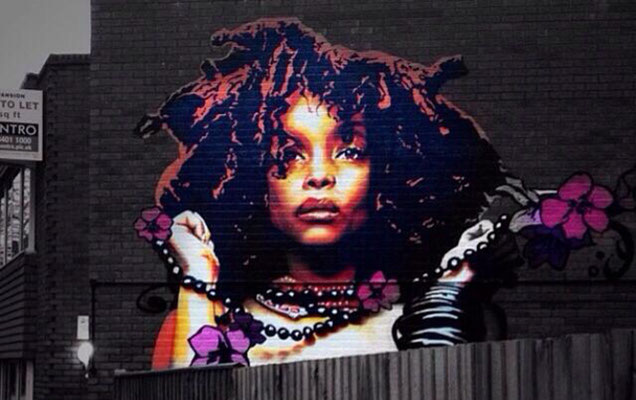 Biography I Filmography I Radioshow I Videos

B4. Certainly (Flipped It)

C2. In Love With You


D1 Strawberry Incense
D2 Out My Mind, Just In Time

A1. Caint Use My Phone (Suite)

A3. Cel U Lar Device

B2. What’s Yo Phone Number / Telephone (Ghost Of Screw Mix)

Biography I Discography I Radioshow I Videos 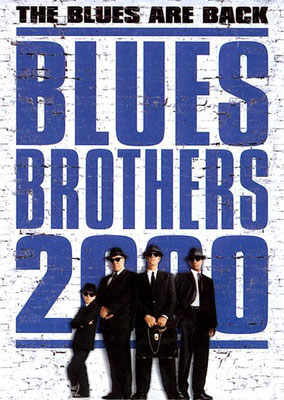 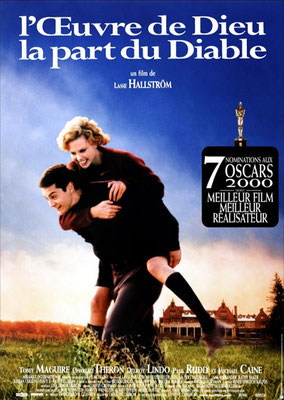 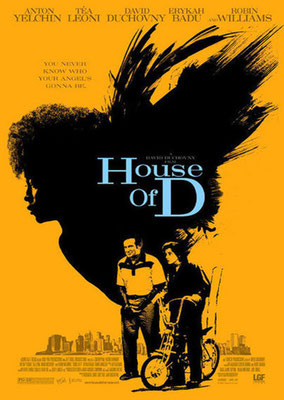 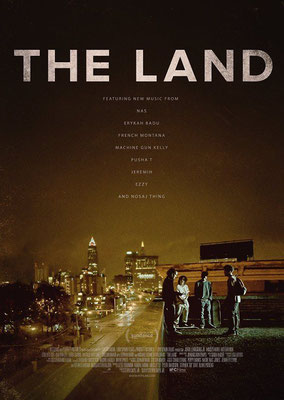 Biography I Discography I Filmography I Videos

Biography I Discography I Filmography I Radioshow